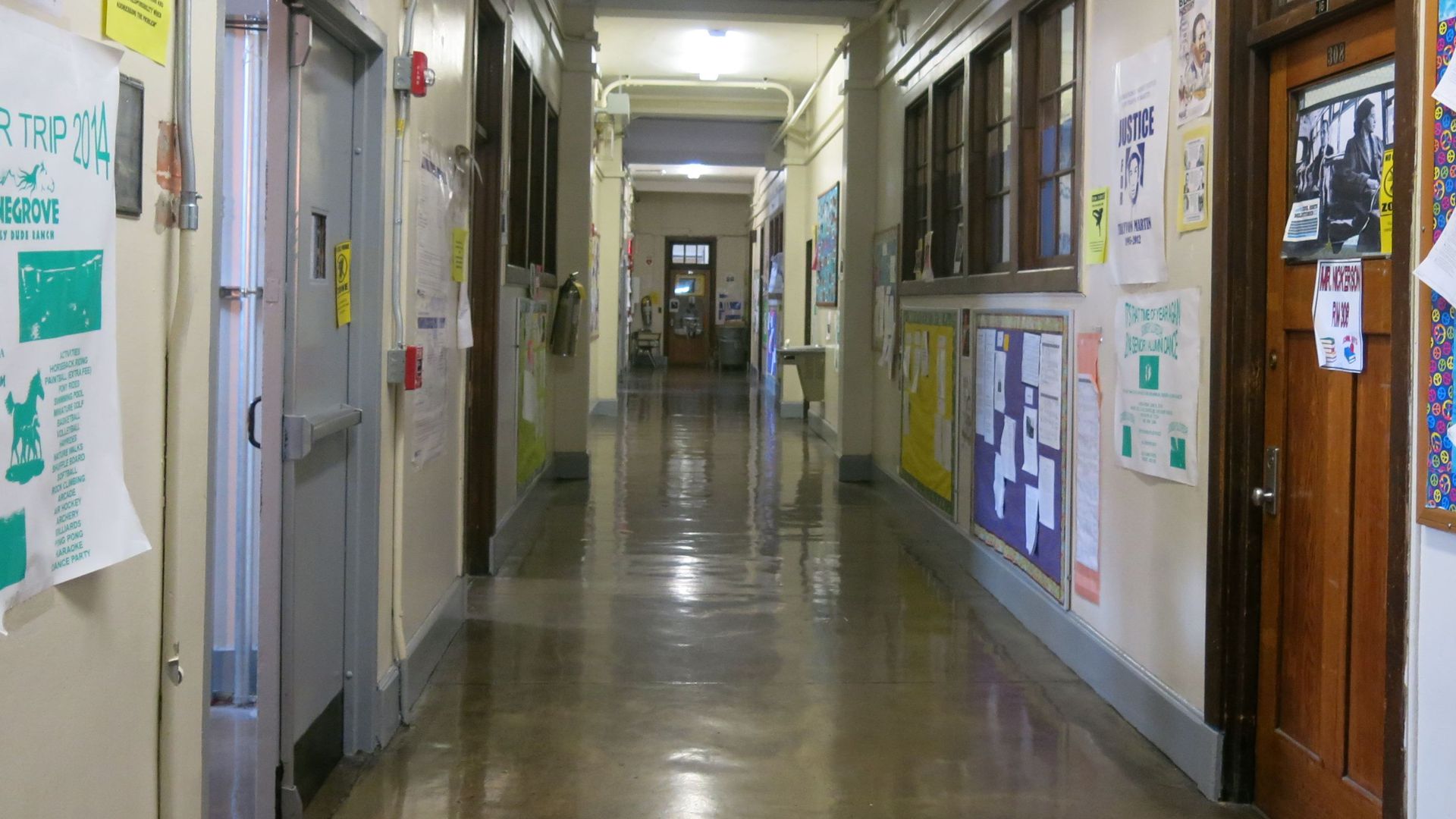 Amid health guidelines urging children to stay 6 feet apart, many schools will have to stagger schedules. | File photo

Concrete plans on how schools — and their buildings — will operate this fall aren’t likely to be made for weeks. But to help move the planning process forward, education department officials have sent principals preliminary estimates outlining how many students their buildings and classrooms can safely hold while adhering to social distancing and health precautions.

While some schools might be equipped to handle half their population at a time, others are having frank conversations with their families about being able to accommodate fewer students than that. Many estimates revealed only about a third of students — and sometimes fewer than that — can be in the building at a given time. If schools are planning for hybrid schedules, as Chancellor Carranza previously indicated, that means, for instance, some students might only be able to attend school in-person once every three days for schools alternating days, or one week every three weeks if schools end up rotating weeks.

At Francis Lewis High School, a Queens school that struggles with overcrowding, students could attend only one day a week based on the preliminary estimates, a teacher there, Arthur Goldstein, said.

“It’s a horror to think that we have to do education like that,” said Goldstein, whose principal shared the estimates with him.

The education department estimates are based on classroom size data and guidelines from the Centers for Disease Control and Prevention calling on schools to keep children 6 feet apart; that translates into about 65 square feet per person. Most rooms would have one adult, with two adults in pre-K and early childhood classrooms. The next step for schools, according to department officials, is to survey their spaces and confirm or adjust their given estimates.

At Goldstein’s school, the estimate called for nine students in a regular-sized classroom. That won’t be easy for the school, which had 4,492 students enrolled in a building that was overcrowded even by normal standards. According to the district’s blue book data, the building is equipped for 2,188 students.

Under new COVID-era guidelines, the school should only serve between 950 and 1020 at a time.

Overcrowded schools across the city are grappling with how to plan for next year. The principal at Midtown Manhattan’s Professional Performing Arts School wrote a letter home telling families that only a third of the school’s students might be allowed in the building at a time. At P.S. 107 in Park Slope, Brooklyn, the principal also indicated that a third of the students might attend at once, according to reports. A few blocks away at P.S. 39, the school was discussing similar numbers, parents told Chalkbeat.

“We have a massive number of overcrowded buildings in normal times, we have 1.1 million kids, we were the epicenter, and, in many ways, remain the epicenter of this crisis because we’re still feeling the effects,” Mayor Bill de Blasio said at a press conference Friday. “A school that was overcrowded back in February, by definition, cannot put 6 feet between kids. So, they can only handle a certain amount of their kids at a given time.”

De Blasio said the education department was working out schedules for those schools, acknowledging it would be more difficult than at schools that are not as crowded.

“We’re taking gym space, auditorium space, whatever it takes to use as classroom space,” the mayor said. “We’re going to use every available space, set up for the maximum number of kids, be ready for staggering, where it’s needed.”

Justin Krebs, a member of the District 15 President’s Council and P.S. 39 Parent Association, said he’s heard that the school may separate students into groups of nine or fewer. The possibility of smaller class sizes could also lead to more specialized and engaged interactions between students and their teacher.

Parents from P.S. 39 and other schools in the district have expressed a desire for choice, he said.

“The same one-size-fit-all schedule and structure won’t work for every student,” said Krebs. “There are some parents who need to work all day, others who can’t send their children for health concerns, and plenty of others who have multiple children, IEPs, and many other considerations that just make it impossible to imagine there’s one solution for every family.”

Many more shoes need to drop before schools figure out what kind of schedule they can actually follow. Some families might end up not returning, thereby shrinking their numbers of in-person attendees (and perhaps their budgets). Up to 20% of teachers might also work remotely because of health risks, according to education department projections.

Goldstein, who serves as the union chapter leader for his school, said he’s had many teachers email him indicating that underlying health conditions would prevent them from teaching in-person this fall. Goldstein, himself, said he’s still deciding whether he wants to continue teaching.

“It’s a hard decision for me,” said Goldstein, who recently wrote an op-ed for the Daily News about reopening concerns. “I value what I do. … If I go to see nine students at a time, my work as a teacher is kind of devalued and absurd.”

Teaching while adhering to social distancing would likely mean he couldn’t walk over to a child and look at their work, he said. And on-camera teaching from home would mean that he wouldn’t be able to move around as freely and be aware of what students are doing.

Another issue, he said, is that the estimates don’t account for what students do when they’re outside of the classroom, noting that teenagers are especially social.