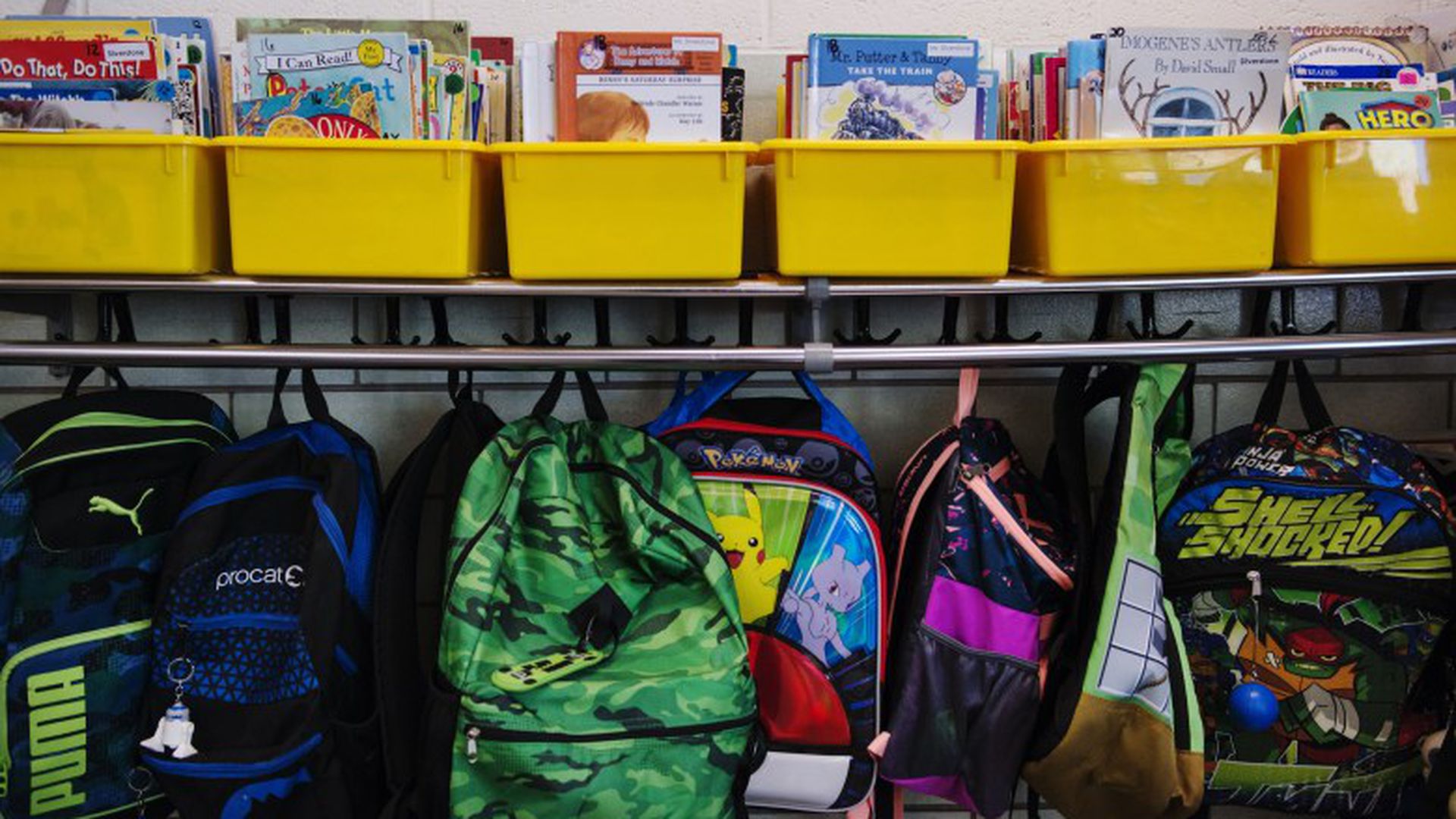 A Denver elementary school principal has been removed from her position after a school district investigation found she discriminated against an 8-year-old Black student because of his race.

Marisol Enriquez is no longer principal at Inspire Elementary School in northeast Denver, according to a letter Denver Public Schools Superintendent Susana Cordova and other district administrators sent to Inspire families. The school board is set to vote Monday on whether to fire her from the district.

“We have high standards of conduct for all DPS staff,” the letter says. “That includes, first and foremost, an expectation that they make sure that our schools are welcoming places.”

Denver Public Schools has a history of institutional racism, which leaders acknowledge persists today. The district has several efforts underway to address the problem, spurred in part by a school board resolution to recognize Black students’ excellence.

Enriquez has appealed the district’s discrimination finding. She did not comment for this story.

But her attorney, Christopher Lujan, said Enriquez did not treat the 8-year-old student differently because of his race. He said there are other “objective reasons.” The issue this case illustrates, he said, is not racism, but the failure of district administrators to support principals and teachers “when it comes to the effective discipline or management of ill-tempered students.”

“This case will show that principals and faculty are damned if they do or damned if they don’t,” Lujan said. “They ask for help to manage these individuals and all they get is a lot of platitudes.”

A letter from a Denver Public Schools attorney to the student’s grandmother lays out the investigation findings. It says Enriquez documented the 8-year-old’s behavior “in a manner that appeared to build a case for removing your grandson from the school.”

The behavior of a white student “with the same or similar behaviors” was not documented in the same way, says the letter, which was shared with Chalkbeat. About 57% of Inspire’s nearly 350 students this past year were white, 27% were Hispanic, and 6% were Black.

Enriquez repeatedly called district campus safety officers about the 8-year-old third-grader, the letter says. She also called the Denver Police Department and allowed a police officer to “interrogate” him and other students without notifying their parents, the letter says.

Enriquez poured water on the student in response to him splashing water at her and a teacher, the letter says. She also did not follow guidelines for when it’s appropriate to perform a physical hold or restraint on a student, nor report the holds to his grandmother or properly document them, it says.

The student’s grandmother, Jeannette Collins, said her grandson still talks about the discipline he experienced. If she and her grandson pass a police car, Collins said, “I see that look in his face like, ‘Oh, are they coming for me?’ We’re just traumatized.”

This past school year was her grandson’s first year at Inspire Elementary. He transferred from a private school where he did well academically, Collins said. She describes him as an excellent reader who came in first in his previous school’s spelling bee. He loves to play sports, video games, and board games like Monopoly and Concentration, Collins said.

This past fall, Collins said they moved to a senior apartment complex so she could help care for her 95-year-old father. She said Denver Public Schools directed her to Inspire Elementary.

The letter says Enriquez tried to prevent Collins’ grandson from attending. It says Enriquez and her staff contacted the apartment complex manager, which caused Collins to be served with a 10-day eviction notice. The complex does not allow children, Collins said.

So Collins and her grandson moved, and he continued to attend Inspire. The letter says Enriquez “repeatedly demanded” that the third-grader be tested for a disability so he could be transferred to an intensive needs program at another school.

Collins said her grandson was identified as having a behavioral disability but stayed at Inspire. The letter says Enriquez failed to treat him as a student with a disability. When the school psychologist and a school aide advocated for appropriate treatment, Enriquez requested they be removed from working at Inspire, the letter says.

Enriquez also “constantly” called Collins about her grandson’s behavior, knowing that Collins would take him home because she was concerned for his safety and well-being, the letter says. Collins recalled the fear she would feel anytime her phone would ring while she was at work. Collins works as a public Regional Transportation District bus driver.

“I’d be scared when I’m behind the wheel of the bus when the phone would ring,” Collins said. “I was so stressed out, I was breaking out in hives.”

A former Inspire school psychologist filed the complaint that launched the investigation into Enriquez, the letter says. Superintendent Cordova and the district administrators referenced “several complaints” about the leadership of Inspire in their separate letter to families, but did not provide details. The district investigator did 21 interviews and reviewed hundreds of pages of documents, they said.

The investigator found Enriquez violated the district’s nondiscrimination policy. Enriquez’s lawyer said she appealed the decision to the district earlier this week.

Denver Public Schools has several employees who review discrimination complaints, but serious and complex complaints are assigned to two full-time investigators who are overseen by an attorney focused on equity issues, a district spokesperson said.

“Dr. Enriquez is a transparent and caring professional who put her heart and soul into that school,” Lujan said. “She’s hurt by the fact that she’s been labeled as a racist. Now that she has that scarlet letter on her, it’s going to be hard to take it off.”

He said he and his client trust the district’s investigation process but want to ensure that witnesses are interviewed and the documents are reviewed by a “professional investigator.” On Thursday, an Inspire Elementary parent asked the school board for a third-party investigation.

As for what happened with the student, Lujan said he couldn’t discuss the details because of the pending appeal. But he said Enriquez acted “in concert with her team” and followed the advice she was given. “If she’s the only one in this process right now being held accountable for what happened, then I think that is a shame,” Lujan said.

Enriquez was principal at Inspire Elementary since it opened in 2017. She previously worked for two neighboring districts, Aurora Public Schools and Adams 14.

Enriquez was the director of human resources for Adams 14, and part of her job was to investigate discrimination complaints. In 2016, she filed a federal lawsuit against Adams 14 claiming the district had discriminated against her based on her race and gender. According to court documents, Enriquez and Adams 14 reached a resolution and the case was dismissed.

Pam Bisceglia, executive director of Advocacy Denver, a civil rights organization that advocates for people with disabilities, said what happened to the student at Inspire is part of a larger pattern in Denver that she has seen play out with other Black students.

“The hope is going forward, and with what’s happening in the world, is that the district will very carefully take a look at any kind of institutional racism,” Bisceglia said.

Collins said she removed her grandson from Inspire Elementary shortly before schools were closed to in-person learning because of the coronavirus. He spent the last few months of school doing online learning through a different Denver elementary school.

On Thursday, Collins told the school board that her family was hurt by what happened. She wants to make sure it doesn’t happen to any other students.

“Not only has it affected me, but it’s affected my baby,” Collins said of her grandson. “He doesn’t even want to go to school. It’s sad, because he loves to learn.”