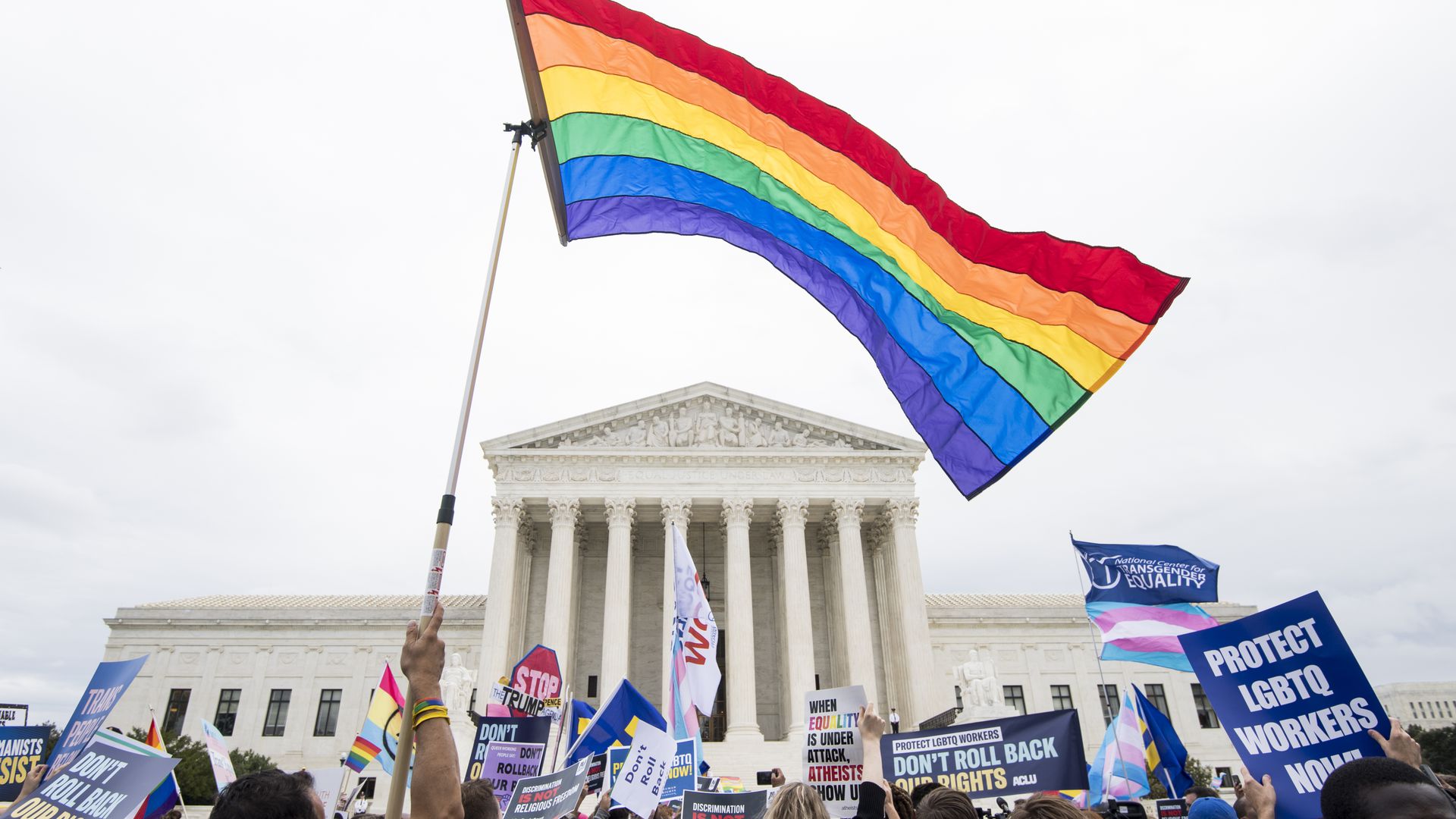 Protesters rally in front of the Supreme Court as it hears arguments about whether LGBTQ people are covered by a federal law barring employment discrimination on the basis of sex, Oct. 8, 2019. | CQ-Roll Call, Inc via Getty Images

On a sunny Saturday morning in 2014, I was waiting for contractors to arrive at my house in San Antonio, Texas. My partner at that time and I were having new flooring installed in our home. The contractors pulled up, and I peeked out the window to welcome them. But almost instantaneously, I froze.

One of my worst fears was about to come true. Among the contractors was one of my student’s parents, and he was about to learn that I am gay and in a relationship with a man.

With the few seconds I had, I scrambled to take down photos from the walls and hide anything that might give away who I am. I was terrified the parent might see something and then tell his daughter I am gay. The whole school, where I was then working as an assistant principal, could soon know.

I did not want controversy. I didn’t want to lose my job.

The following Monday, within two hours of the school-day starting, a student came up to me and asked, “Mr. Juarez, is it true that you’re gay?”

Numb from the question, I didn’t know how to reply. “That is my own personal business,” I told him. “Where did you hear this?”

The child of the parent who was at my house had spread the word.

I immediately sought out my principal at the time to explain what had happened. But when I told him, he looked at me and said, “Why aren’t you honest with them? There is nothing wrong with it, Juan. I support you.”

If it wasn’t for those few sentences of support from my principal, I might have felt shame. Instead, that moment became the launching point for my journey celebrating and championing my identity and the identities of our teachers, students, and families.

On June 15, in a 6-3 decision, the Supreme Court said federal law, which prohibits discrimination based on sex, should be understood to include sexual orientation and gender identity. It was a huge win for the LGBTQQIA (Lesbian, Gay, Bisexual, Transgender, Queer, Questioning, Intersex, and Asexual) community. I cried tears of joy when I read about the decision because teachers no longer had to worry about discrimination. Had those protections existed in 2014, it might have allayed some of my fears.

But while this Supreme Court decision is a triumph, it also shows how much more there is to do. Outlawing discrimination based on sexual orientation should be the baseline – not the goal. Just because a person cannot be fired because of who they love does not mean we’re achieving inclusive environments for all.

Change starts classroom by classroom and with the culture school leadership sets. Being inclusive as a school is a choice, and there are important steps that every school can take to help ensure that LGBTQQIA teachers don’t live and work in fear.

That starts with professional development. At KIPP Austin College Prep, where I am now the principal, we train our entire staff on the various LGBTQQIA identities. The training doesn’t just make us more inclusive colleagues, it also makes us better educators.

But awareness is only the beginning. We have taught our staff how to have conversations with students who are part of the LGBTQQIA community or are struggling with their identity by providing a framework and through role-playing conversations. That training and the ability to have those conversations are central to creating a nurturing environment.

Our school serves grades 5-8, and we have each grade level create their own LGBTQQIA-inclusive environment plans. Some grades choose to include pronouns on their classroom doors; others decided to include more LGBTQQIA literature in their libraries. It all sends a message about who we are and what we value as a school.

Seemingly symbolic steps can make a powerful difference in teachers’ and students’ lives. Celebrating identity publicly makes us stronger as a community.

Ultimately, for an openly gay Latino principal like myself, disclosing my sexual orientation has not been easy. I’ve had to tell managers, and I’ve heard from teachers who disagree with my decision to be open about who I am. I’ve even had students withdraw from school because I speak openly about my gay identity.

But I know, especially in these unique moments in history, that it is my responsibility as a school leader to celebrate and champion all identities. Because molding tomorrow’s future leaders means fostering inclusive environments today.

Juan Juarez is Principal of KIPP Austin College Prep. He is currently pursuing his PhD in Educational Leadership at the University of Texas at San Antonio.